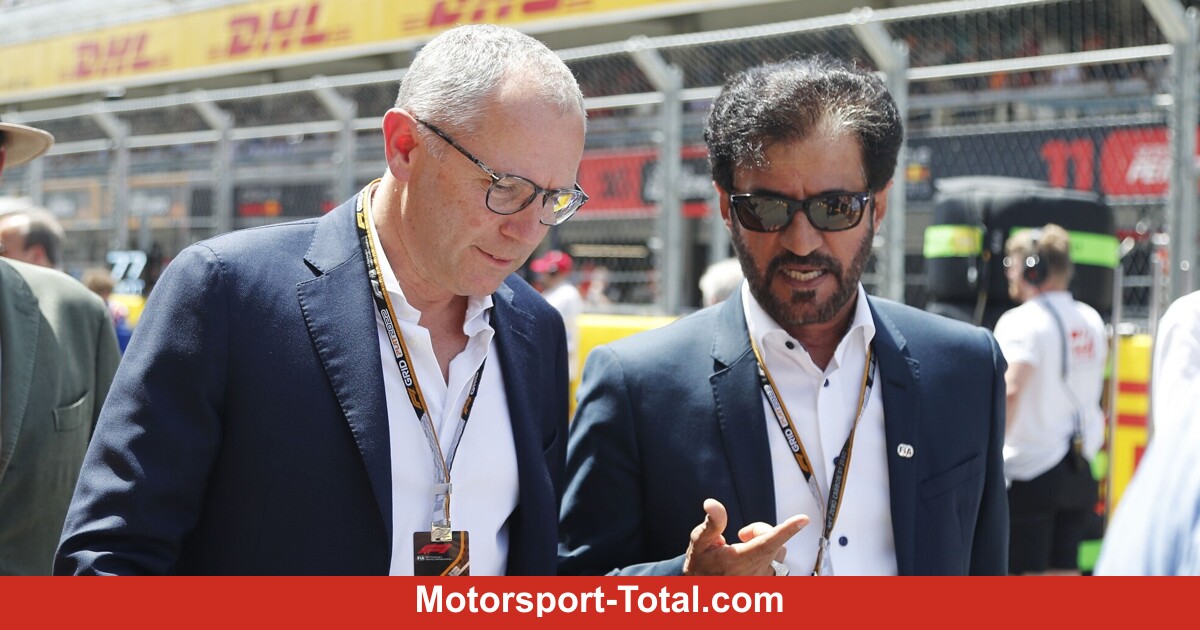 (Motorsport-Total.com) – Formula 1 loves a good debate, but FOM’s letter this week to FIA President Mohamed Ben Sulayem is something much bigger.

It’s not just a side story in the ongoing Formula 1 TV series on Netflix, but potentially the beginning of a new dynamic in the way the sport is done.

Because although there has long been a united public front between FIA President Mohamed Ben Sulayem and Formula 1 CEO Stefano Domenicali, insiders know things were different behind the scenes.

Away from the lights of television cameras, microphones and journalists’ notebooks, tensions have been simmering for months.

Although many disputes between the FIA ​​leadership and the heads of Formula 1 owner Liberty Media have so far been settled amicably behind closed doors without the dirty laundry being publicly revealed, things took a major turn this week.

A senior source said that Formula 1’s angry letter to Bin Sulayem over his comments about “inflating” the $20 billion price of the sport sparked an “open war” between the sports regulator and the owner of the commercial rights.

An open struggle for power

The current dispute is a far cry from those decades in which the FIA ​​and FIA treated each other like bad luck and brimstone.

In fact, it’s quite the opposite compared to when the then FIA president, Max Mosley and Bernie Ecclestone, penned Formula 1 together.

Now it feels like going back to the early 1980s when there was a war between FISA and FOCA – with FIA chief Jean-Marie Balestre on one side and Ecclestone on the other and little in common between them.

The straw that broke the camel’s back this week was Bin Sulayem’s way of expressing his concerns about Saudi Arabia’s sovereign wealth fund’s $20 billion bid for Formula 1. But tensions between him and the FOM have increased steadily of late.

There were a number of events and reactions that exacerbated the situation. Some of that has to do with the governing body and the way it has handled F1’s regulatory affairs.

These include what was seen as an unsatisfactory response to the FIA’s mistakes at the Abu Dhabi Grand Prix in 2021, Slim’s initial ban on additional sprint races in 2023 and his unease with some of the race officials’ decisions and rule enforcement in the previous year – such as as the safety car in Monza and the confusion surrounding the points rules for the Japanese Grand Prix.

The fact that Ben Sulayem prefers to take matters personally rather than using the usual presidential channels has also caused discontent in some quarters.

One could argue that this personal oversight can be a strength. So last year Benslim spoke to all the drivers and teams about the porpoise pit problem to formulate an answer. But there were also times when such an approach outraged sports workers.

Notable is the publication of the FIA’s press release in the 2023 Standard Calendar with its quote before Formula 1 knew it would be published and the embarrassing moment on stage with Red Bull team boss Christian Horner at the FIA ​​gala due to confusion at the Japanese Grand Prix.

However, things have escalated dramatically in the past week thanks to some posts that Bin Sulayem made on his personal account on social networking sites.

First, he criticized opposition to Andretti’s new team bid, although the competitors largely kept their opinions on the subject to themselves. But his comments about the Saudi interest and the $20 billion cost of the sport proved to be a step too far.

Perhaps the situation is indicative of everything ailing the ring: Bin Sulayem’s need to provide a forceful personal response to a story that insiders believe is anomalous and dismissive.

Because the motive was not the Saudis’ considerations to buy Formula 1, but the talks that took place around the time of the 2021 Italian Grand Prix to start sponsoring the races, which did not happen.

The fact that the story has now surfaced again suggests that it was intentionally leaked to announce the $20 billion figure. Who would benefit most from talking about it and why now is anyone’s guess.

However, Formula One Group (FWONA) stock rose 7.8 percent from less than $59 the Friday before the Bloomberg news to a high of $63.60 the day before the steady decline.

The price increase also shows that $20 billion doesn’t seem excessive given that FWONA’s market capitalization is currently around $16 billion.

While the teams are currently sitting on the sidelines as observers of the feud between Formula 1 and the FIA, they are keeping a close eye on how things develop.

Because at a time when Formula 1 is going from strength to strength with record rates and revenues, the struggle for power at the top can be an unnecessary distraction.

Several sources Motorsport.com spoke to indicate that the events did not raise concerns about potential damage to teams or Formula 1’s global image among sponsors and fans.

The teams’ livelihood, i.e. income from trading rights, should not be affected. And even if relations between Bin Sulayem and the FOM completely break down, the governance structures must allow the FIA ​​to continue to take an interest in things like race weekends, rule changes and the like. 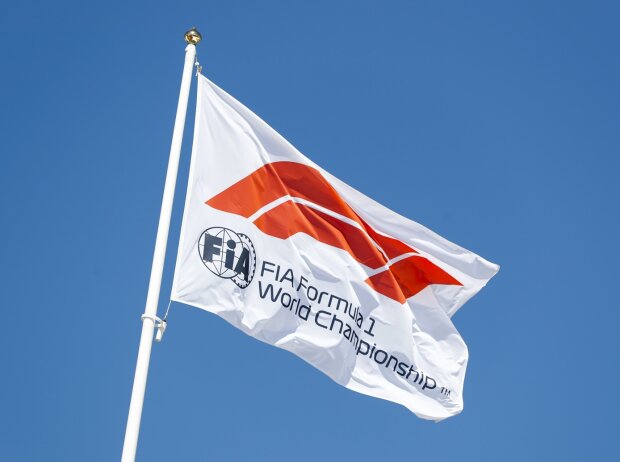 How will the FIA ​​deal with the current controversy? Zoom in

Perhaps the biggest change will come within the FIA, depending on how the board members view Bin Sulayem’s actions.

The FOM’s warning that the FIA ​​could be liable for damage caused by the president’s statements will not go unnoticed by FOM members. Especially since government regulators keep a close eye on anything that could improperly affect a company’s valuations.

Remember Elon Musk, who was fined a total of $40 million by the Securities Commission (SEC) in 2018. He was accused of misleading investors with a tweet suggesting he was considering privatizing his company, Tesla.

In addition, the FOM letter was a reminder that the FIA ​​had long ago agreed not to interfere in Formula 1’s commercial affairs.

As part of the approval of the EU antitrust authorities in 2001, it was made clear where the FIA’s control ends. The European Commission’s press release at the time read: “The FIA’s role will be limited to that of the sport’s regulator without any commercial conflict of interest.”

And further: “The FIA ​​will not have any influence on the commercial exploitation of the Formula 1 Championship.” Thus, clear boundaries were drawn.

Look into the future

So what’s next? In the short term, it will be interesting to see if Bin Sulayem sticks to his statements or apologizes and changes his tactics in the future.

In the long term, it would be wrong to assume that Formula 1 will settle for nothing less than the FIA’s coup d’état for someone else to take over. However, what Formula 1 likely wants is a clearer definition of areas of responsibility by the governing body.

But what he will almost certainly demand are guarantees that the FIA ​​will stick to what it and the European Union have agreed to for decades: not to interfere in or try to influence commercial affairs.

Bin Sulayem himself has always insisted that he does not see any major problems between him and Domenicali. At last year’s Abu Dhabi Grand Prix, he said they talk to each other every day.

The full interview with Mohamed Ben Sulayem, one of only two candidates to succeed Jean Todt as FIA president, as part of our #thinkingforward interview series. More Formula 1 videos

Last weekend, at the Monte Carlo Rally, the FIA ​​president reiterated that things are going well at the top – although he knows there are times when the Formula 1 promoter has to act as he sees fit. “Yes, but the FIA ​​has to do its job, the good thing is that I have a good relationship with Stefano,” he said.

“Stefano comes from motorsports and the auto industry, which makes it easier for both sides to get going. It’s not like you bring in someone who knows business and knows nothing about sports, no.”

Bin Sulayem also took the opportunity to explain that many rumors about friction between the FIA ​​and the FIA ​​had been started by the media. They will directly talk about division in any possible conflict.

However, Formula 1’s letter to the FIA ​​showed that the split at the top is not a pipe dream on the part of journalists. Instead, it is a real battle to control the future direction of Formula 1 that looks set to dominate the circuit’s agenda for the coming months.